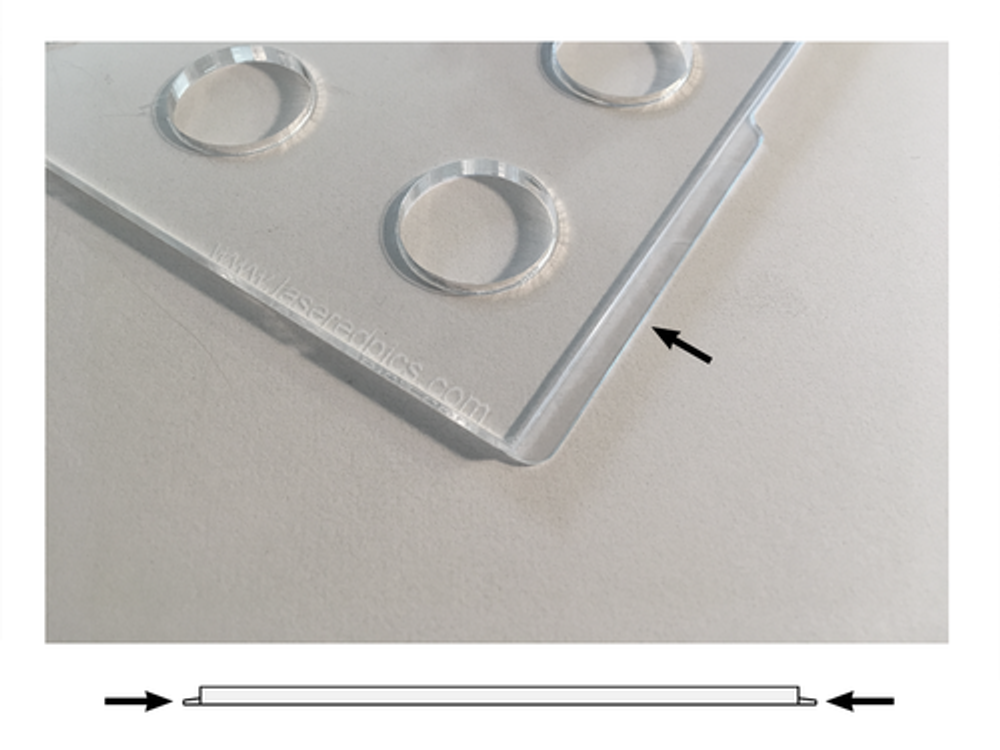 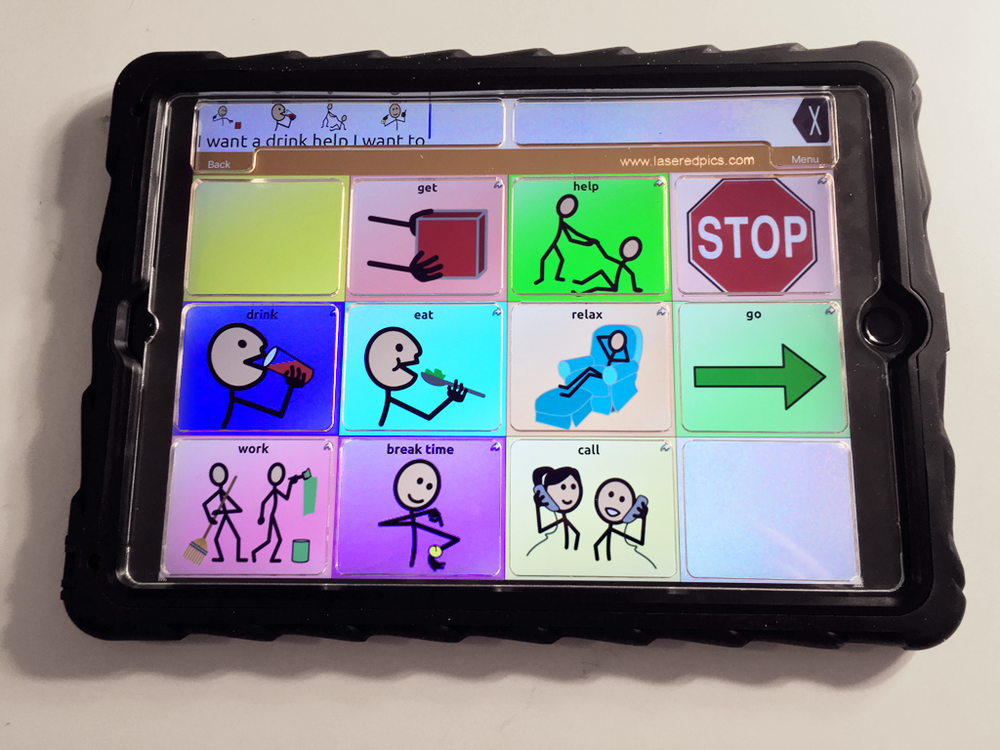 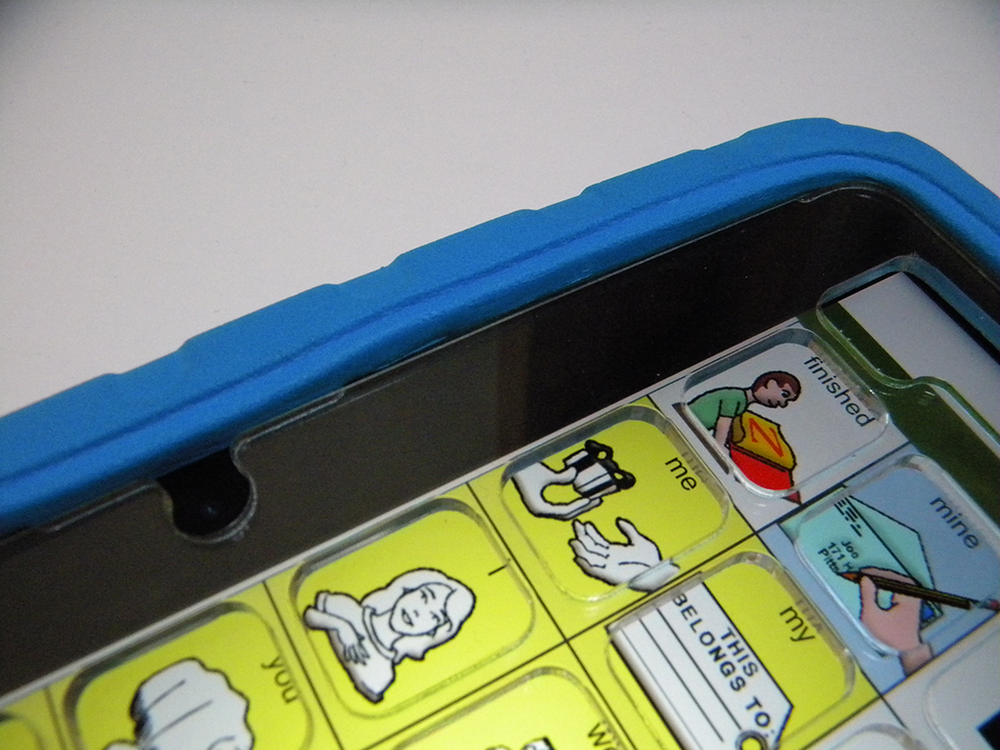 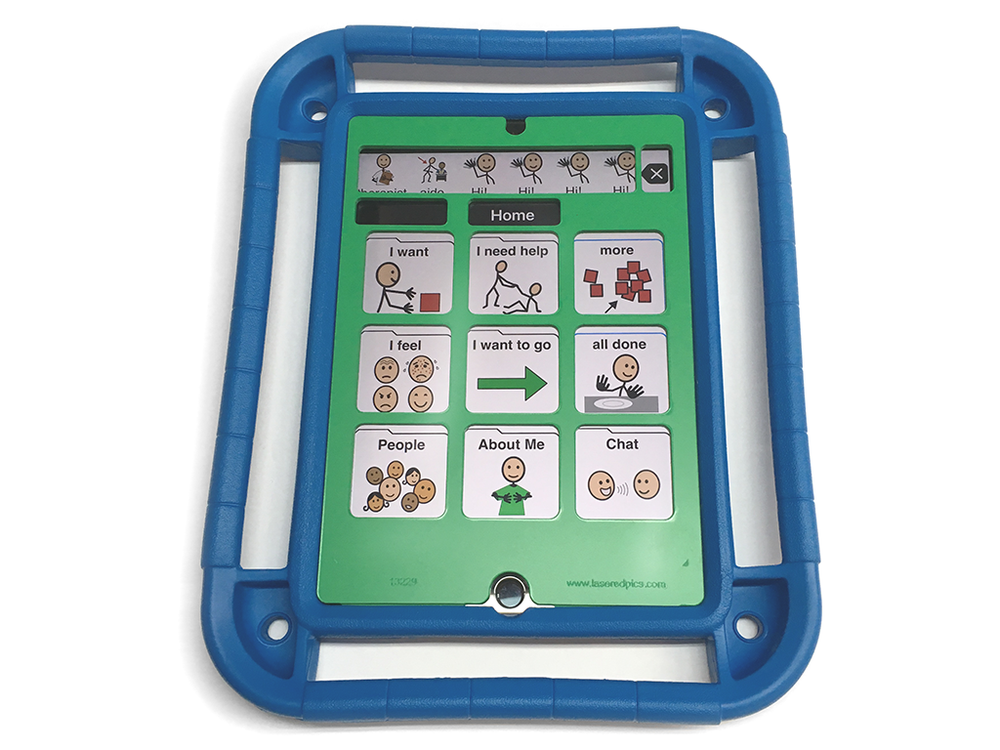 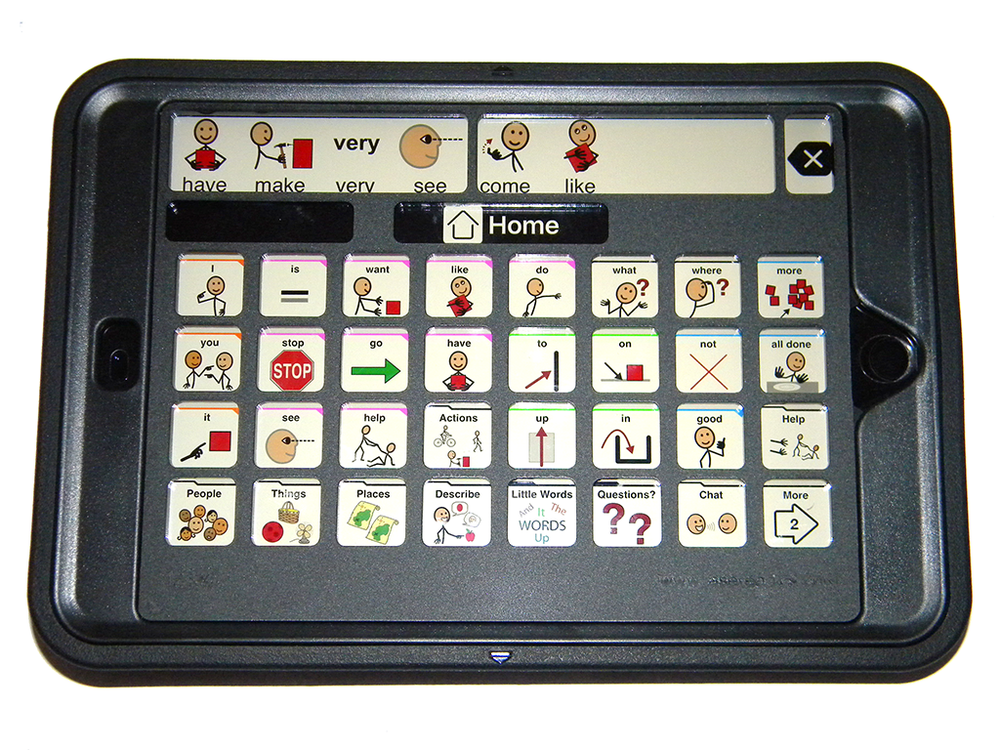 Normally, you won't order this item separately.  Instead, choose it from the "Attachment" or "Mounting" options when you order a keyguard.  Order it here only for those keyguards that don't show Attachments or Mounting, or if you need to add it to an existing order that has not yet been processed.

Note: This is not a stand alone item. It MUST be ordered at the same time as your keyguard, and it cannot be added later.

The snap-in attachment consists of two or more small tapered ledges we put on the ends of the keyguard.  These ledges slip under the edge of the case and hold the keyguard firmly against the screen.

To mount the snap-in attachment in a foam case, slip one end of it under the edge of the screen opening.  Flex the keyguard up in the middle and slip the other end under the other edge of the opening.

To mount the snap-in attachment in a rigid case, you will need to loosen the screws holding the front bezel, or remove it entirely if it snaps into the body of the case.  If the case has a screen protector, you will need to remove it or break the seal on both ends by pressing down with your fingers.  It's usually attached with double-sided tape or a light adhesive which is easily opened. You can leave the other two sides of the screen protector attached to help hold the keyguard during reassembly.  Slip the keyguard under the bezel and reattach it to the case.  The snap-in attachment is a semi-permanent attachment in a rigid case.  It is easily removed, but reattaching it usually requires removal of the front bezel again.

Note:  The snap-in attachment will interfere with the seal on cases that claim to be waterproof.  Your iPad will be damaged if you wash it or submerge it.